Journal is indexed in the RSCI 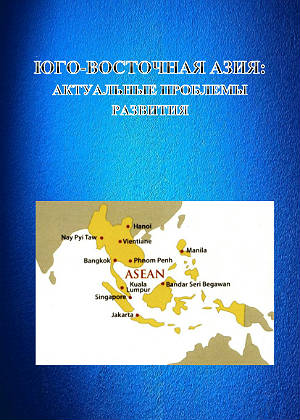 Southeast Asia: Actual problems of Development has been published since 1998 and its release was not shut even in the most tough periods for the national science. It is the only edition in Russia that regularly publishes the research results for the current issues concerning Southeast Asia. The region is populated by 570 mln. people and is of military strategic, overseas and economic significance for our country. The sole countertype that exists in the world is Southeast Asia Affairs Annual Review that is published by Singaporean Institute of Souteast Asian Studies. That is the very reason why each issue contains analytical papers related to the most significant aspects of overseas and export policy Russia conducts in Southeast Asia region. The papers also embrace recommendations as to what most effective measures can be taken to defend Russia’s national interests and public policy in the region.

The edition represents works written by the experts almost all over the country who to any extent specialize in analyzing current situation in Southeast Asia. The authors are not only the acknowledged scholars in area studies, members of the European Association for Southeast Asian Studies, but also experts on the region from Russian ministries and institutions. The issue pays special attention to the works written by young scholars, post-graduates and applicants. For them it is a rare opportunity to publish their first papers in academic edition, where they take rightful place among there senior colleagues. A tradition to release issues in memory of the gone fellow scholars encourages succession in the development of scholar national school studying Southeast Asia. Unfortunately, a number of the older generation who have formed the basis for the school is fading, and so we are going to great lengths to make our junior colleagues interested in the business most important for this country. Among other things, our edition serves this goal as well.